I’ve been in California over the past few days visiting my Dad.  This afternoon, I asked him if there was anything he wanted.  He smiled mischievously and said “You know what I could really go for?  A beer.”  I hemmed and hawed for a few minutes.  “What happens if they catch us? Could they kick you out of the facility?” He wheedled, using that little boy face/voice that he always uses when trying to get his way.  Finally, I just thought “Why the hell not?”

As it happens, his nursing home is in a fairly sketchy part of town and the liquor store happens to be right across the street.  I stood there in front of that cooler for a while trying to decide what kind of beer to buy for a man who is counting his remaining time in weeks.  This could be the last beer of his life. Better make it a good one.  No pressure.

I told the lady behind the counter my plan and she became a willing co-conspirator in my plan to sneak alcohol into the nursing home.  Something tells me she may have even done this a time or two before.  I walked back across the street with a small black plastic bag and smuggled my contraband into my dad’s room.  Thankfully, his roommate was absent for a while so there were no witnesses.  I opened the beer and passed it to Dad. He took a long sip.  “How does it taste,” I asked.  “Heavenly,” he responded with a big grin. A few sips more and he had had his fill.  I dumped the rest of the beer in the sink, rinsed the sink and the can carefully with  water to get rid of the smell, then buried the evidence at the bottom of my purse.   It felt good to share this little escapade with my Dad. It reminded me of when I was a kid and he used to let me take the wheel of his car when he was driving sometimes.  It was a little dangerous, but also made me feel really alive. Cheers, everyone. 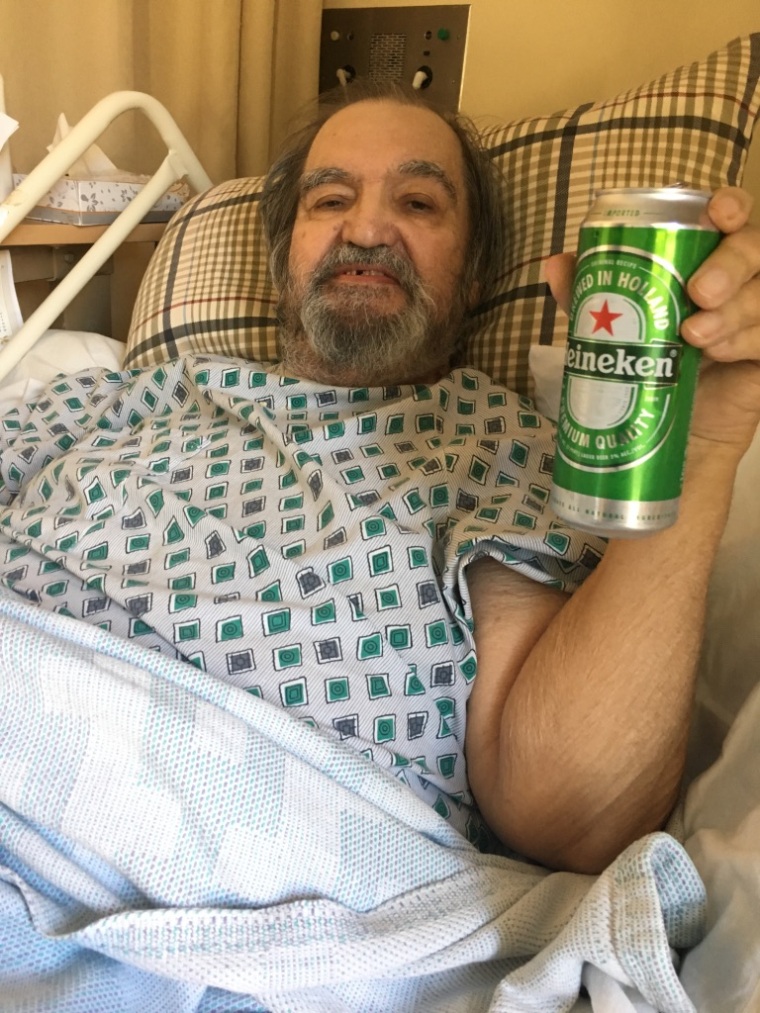